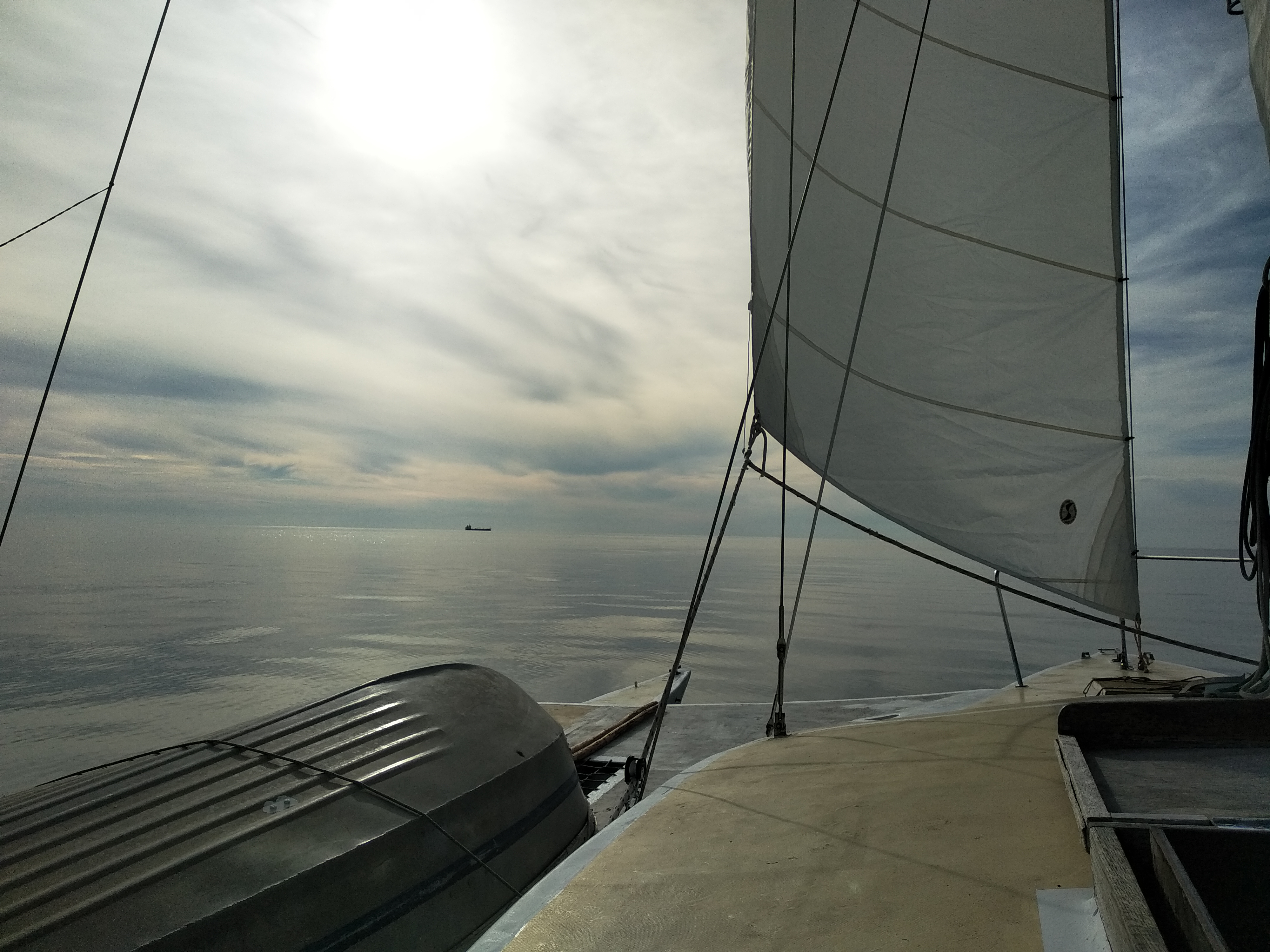 Just arrived to Gotland after a 31 hour sail and 130 miles covered.

We’ve mostly had a very relaxing trip. Onboard is Guacomo who found the boat on Crewbay.com, Dave, friend rom Sweden, and I… and also a lot of food and snacks to keep us going for the next 10 days or so.

We left from Klaipeda Tuesday 1500h after doing the shopping and crew change.

The decision to leave in such a hurry, after only arriving Tuesday mid-day is due to thunderstorms and strong Northerly winds arriving Wednesday night, and no good possibility for leaving Klaipeda until Saturday if we missed this window.

The forecast said light and variable winds until Wednesday mid-afternoon. Then filling in from the South, before veering North Wednesday night and strengthening.

The actual conditions we had were actually close to this, but the Southerlies never happened, instead the Northerlies arrived directly.

Arriving with that change in wind we also had several thunderstorms pass to the North of us, and luckily only one small one with heavy rain came overhead. I don’t much like sailing with thunder and lightning around. 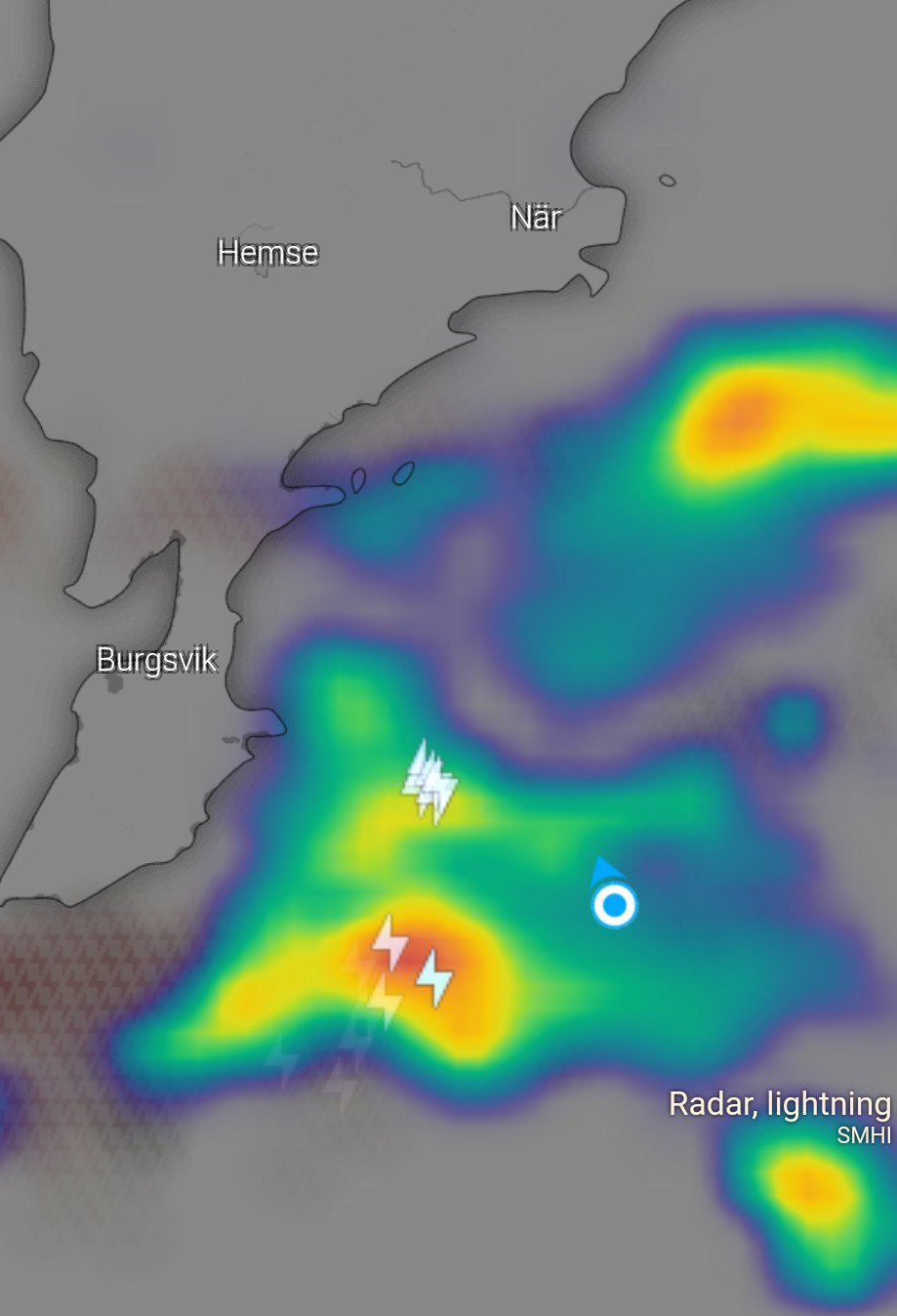 A thunderstorm that came over us

The prices are significantly lower in Lithuania than Sweden for most foods so the idea was to stock up on them for that reason. Also, it’s nice to have a change and try some different food.

We purchased at the market the fruit in season such as berries and cherries. Vegitables such as early peas and beans, and new potatoes.

Local cheeses and other typical Lithuanian dairy such as Kefir we got too, as well as the very good fresh bread from the bakery!

We are now planning to stay on Gotland until the 2nd July when another crew change is planned. There is Alexandra from Switzerland joining then, apparently her first experience of sailing will be this so that’s exciting. Then we cross the Baltic sea for a third time, the 180 mile passage to Estonia.

Before that date we plan to explore some of Gotlands East coast, and also do some general work and improvements on the boat if there’s time.

Unfortunately the one crew who wanted to join here has had to cancel his sailing so for now it’s just the three of us on board. 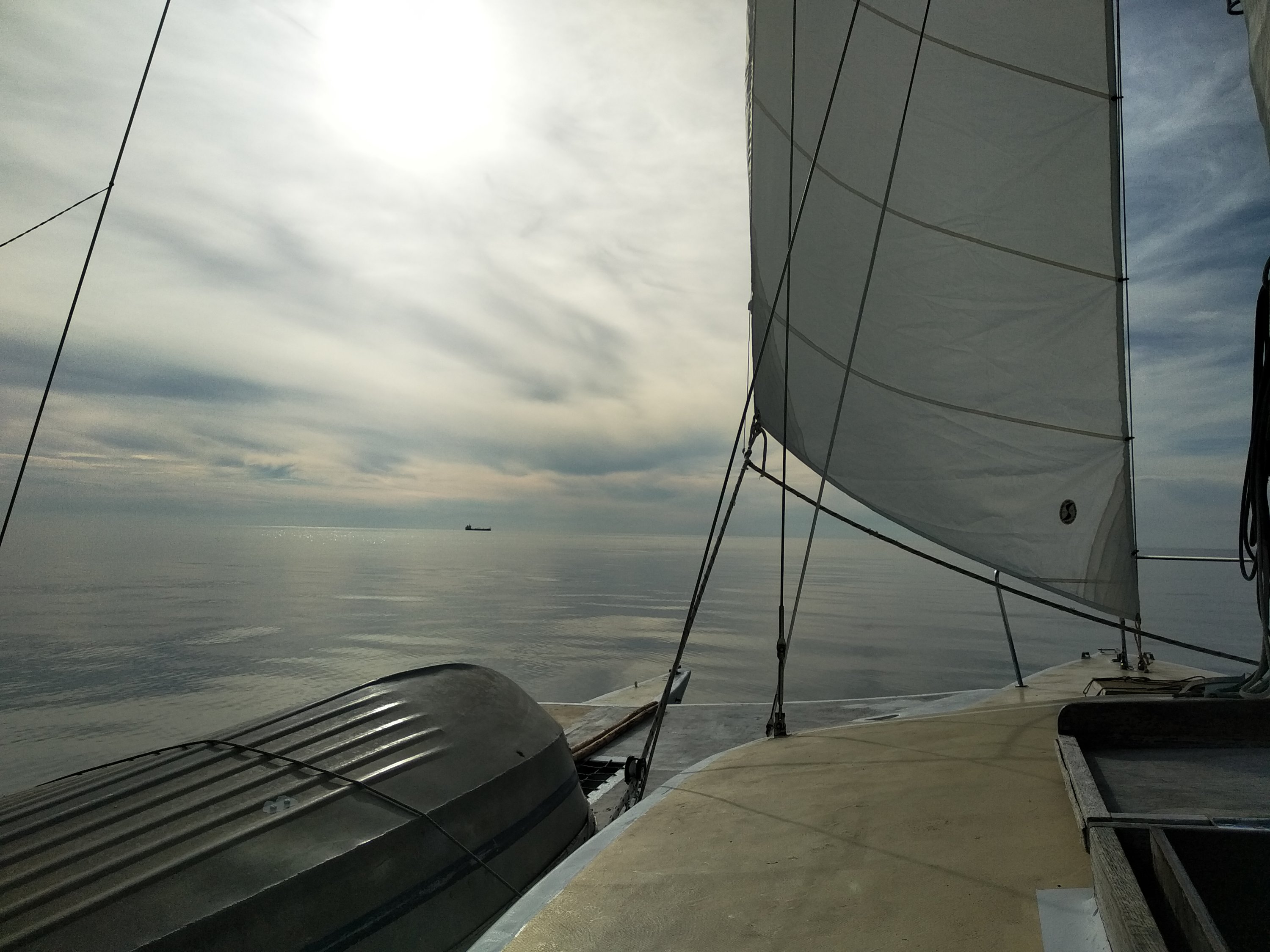