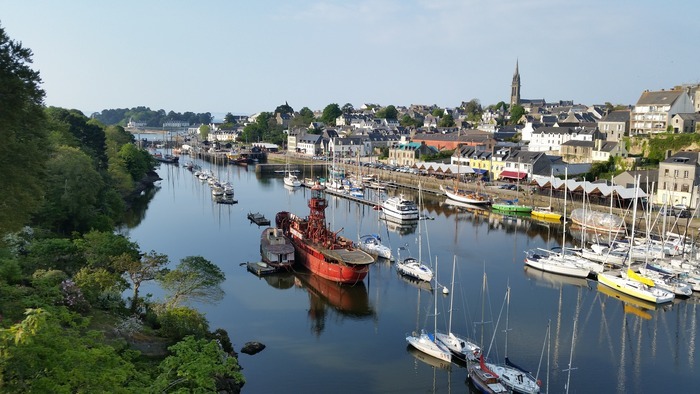 I’ve worked through the planning for the whole round trip to Southern Europe and the Canary Islands and back in 2022. This blog post gives the dates outline, and details about the different trips are also covered. The information in this post may change without notice, so contact me before making any specific plans.

Before I introduce the dates and routes I will try to answer a few questions which people sometimes have. Common questions and answers:

The following is the dates for trips. The trips are numbered sequentially for each month. Of course meteorological and other aspects play a big part in sailing, so nothing is set in stone, but it should be quite close.

WORK August:
1st – 13th: Change roof on house, or other works at the farm in Sweden.

-> The following dates are estimates, and we can change them as needed!

Starting with the sailing in July: I think a good option could be to chose the passage to Germany and the Island of Rugen. This is because of the prevailing wind and the further distances involved if sailing to the Bay of Puck outside Gdansk in Poland. For the moment we are still flexible, and as for the people who are interested in crewing it is logistically still not a problem if we go to Germany, or to Poland. Also it is a question of the situation of disease control measures between Sweden and the two countries. The main problem is that I know that PCR tests in Sweden cost about €130, which would be a real waste of money.

Anyway, I prefer to write about things more interesting, and more fun. Firstly I think that we have a good mix of people signed up for the sailing. For the first part in July it’s a mix of family and friends, together with one and then possibly two people who are new to the boat. Secondly I would still be interested to hear from potential crew who would also be interested in giving us a hand during 10 days at the beginning of August. This is help for changing the roof on a small house in the countryside in Sweden. It’s not a big job if we are many people helping. I am hoping instead that it should be a pleasant time spent also swimming, making barbecues and eating good food, and doing other work in the garden or forestry and clearing. This is a good opportunity for people interested in the forests and thousand lakes and rivers of Sweden to explore the region.

I have also worked on the time-frame for future sailing in September, and for updates to this please find the schedule here on kelsall39.com. I general the plan remains the same, and we depart Sweden mid-August and should be arriving to Brittany during the first days of September. The remaining days in September will be used to sail the North coast of Brittany, From Ile de Bréhat in the East, to Ile de Ouessant in the West. I would think that different people will come and go as crew for these sails, and mixed in with passages in a general East to West direction I am planning to also make weekend sails, as well as going up a river or two by engine.

Later, again, it would be fantastic to make a passage to Ireland in late-September or early October. This will require planning around the health regulations which change all the time… I am worried that maybe it is best to not visit Ireland and just stay local to the French Atlantic coast.

In October we finish the Brittany sailing, with a few destinations on the South coast, but also make sure to visit Douarnenez on the way there, and perhaps Ile de Sein. Next is the Iles de Glenans, Ile de Groix, then Belle ile sur Mer, which is probably the hop-off point for the passage across the Bay of Biscay to Basque regions of Northern Spain. Alternatively we could break this up by stopping at La Rochelle or Ile de Yeu en route.

The year goes fast, and even in October the weather becomes more difficult for navigating. The plan is to certainly be as far as Lisabon by the 8th November. After that we finish the mainland Europe sailing by exploring the South coast of Portugal and the boarder region to Spain and the Guadiana river. The though is that it makes sense to stay by continental Europe until after Christmas, when for the New Year, and when the weather is good we should make the passage South to the Canary Islands. This is a good time to arrive there as the busy season for yachts making the transatlantic passage is mostly over by that point.

It should be relatively warm and comfortable in the Canary islands over winter, and next year around mid-March I would propose to start the sailing North with a passage to Madeira. The next leg would be from Madeira to Portugal, which is quite a difficult one to plan as far as weather is concerned. The wind is mostly from the North along the Portuguese coast, which can make it difficult to get where you want to go before a low-pressure or storm blows in from the Atlantic.

Generally the plan continues by moving North slowly with spring. April is still quite cold in Northern France, so there’s no point in being too much in a hurry. If it’s nicer to stay in Portugal or Spain, then we do that.

So that is all the planning that I have for you today. I will update the dates as the time goes on and publish it here on the site. Lastly, you may have seen the names of S/y Vol Bleu, and S/y Angela in the sailing dates outline. These are friend’s boats which may need moving, these trips are to be made as quickly as possible and are simply standard delivery sailings. For readers interested in joining these yachts as crew then contact me about more details.

In the beginning of July, before the sailing start I have to get the boat ready. I am working on the boat, and doing things like painting and electrics. Also, in the period between July and August trips I have work to do on a house in the forest in Sweden. I don’t want to make any demands for help, but if somebody is interested to volunteer then I will provide room and all the food. It could be an interesting way to spend some time in Sweden.

Also, on another note, and about the expenses, I would like to talk more about security and safety on board. This is not part of the budget for the crew, but I must say that things like life-jackets, personal survival and rescue electronic devices, life raft and other man overboard recovery equipment is expensive, and has to be serviced regularly. This costs a lot of money. I would like to make a plan where I could at least get some help with these costs in order for the sailing project to continue and be successful. I will have to write more about my ideas for this and try to explain them so I can find out what you think about the plan.